Sam Sheffield is a senior and plays center on the Scouts hockey team.

How did you get started with playing hockey?
My brothers played hockey because my dad was a hockey player and made us all play. I have always looked up to my brothers so I played it too and kept up with it and tried to get as good as I could.

What is the hardest part about playing hockey?
The mental aspect because it is a pretty demanding sport, physically and mentally. You have to push yourself to your limits when you are tired. When the puck is in your zone, you still have to stay out there and work until the puck is out of your zone no matter how tired you are.

What will you miss the most about playing hockey for the Scouts?
I will miss the fun and playing with my teammates. Almost half of the kids on the Scouts team I have grown up with and they have been on the Lake Forest Winter Club team with. We are all familiar with how we each play which helps during games.

What is your favorite memory of playing with the Scouts?
I would say the game versus Loyola on Friday. That was our biggest crowd it was an exciting game and fun to play. With it being one of my last games, it is one I will always remember.

What is the best coaching advice you have received?
Don't do too much. My current coach, Steve Sarauer, told me because at the beginning of the season I was going through hard times mentally and I was trying to do too much. Him telling me not to do too much helps me relax and play my game.

If you could play any other sport what would it be?
If I had to choose a sport I don't already play, it would be lacrosse. I am generally an athletic person since I play other sports and can run well. All my friends say I would be good at it and I like the physicality and speed of it.

If you could have dinner with anyone who would it be?
Patrick Kane. He has been my idol growing up my whole life. He has been the player I have always looked up to and who have tried to model my offensive game off of. I feel like he and I are similar people because we are both kind of crazy but love hockey, scoring goals and making plays.

What is your favorite restaurant in Lake Forest or Lake Bluff?
Egg Harbor, they have good breakfast there. Over the summer I discovered they have really good Belgian waffles.

Would you rather have three hours of homework every night or a test every day?
I would rather have a test every day because I am not someone who can focus on something I don't like to do for a long time. School work is not something I like to do for a long time. I would rather prepare for a test then spend hours doing homework every night.

As Seen in the the Lake Forest Leader! 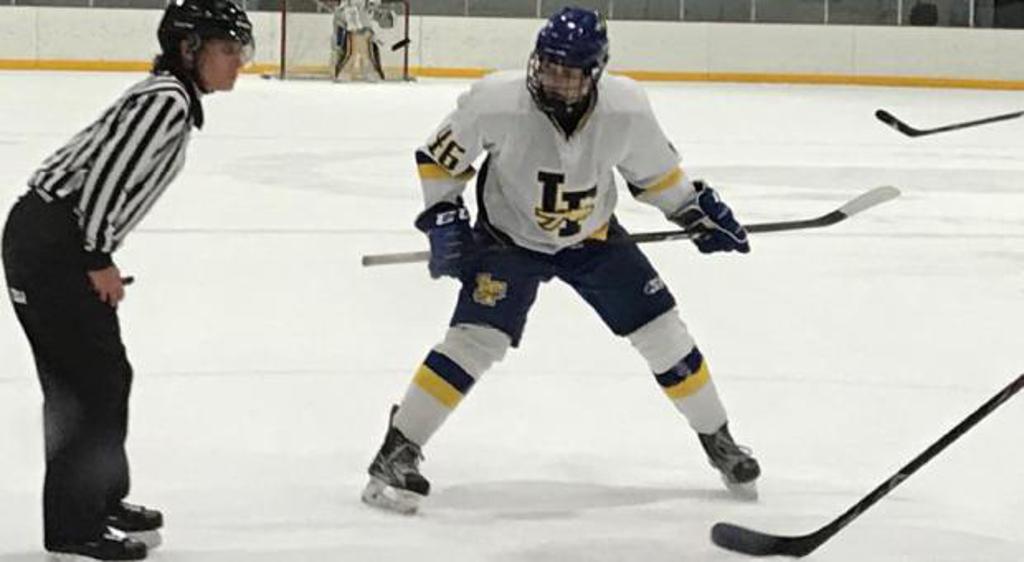